Plastic resins are made by major petrochemical companies.  The choicest cuts are sold by their direct sales force or through their "prime" distributors.  How do they go to market with the near miss or transitional resins  ? 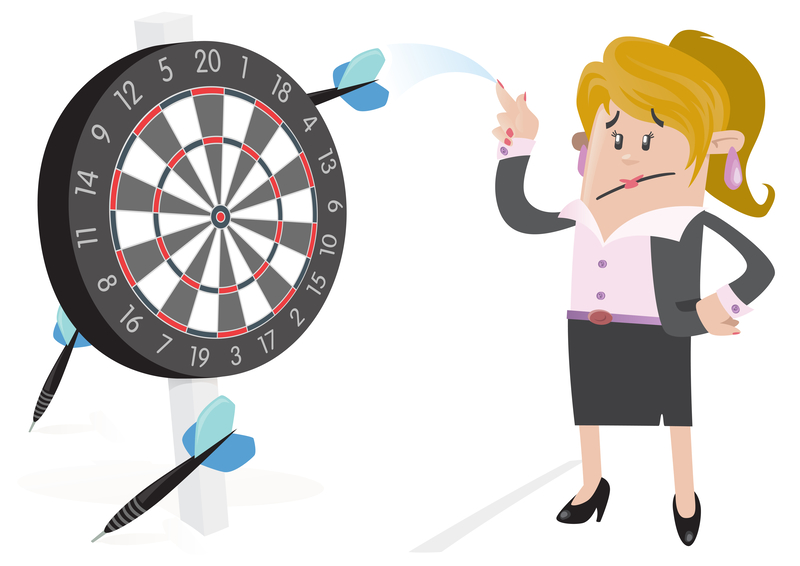 There is no controlling legal authority which oversees the distribution of off grade resins.

Resin brokers are like negociants in the french wine business.  They are launderers.  Imagecredit: Blogyourwine.com 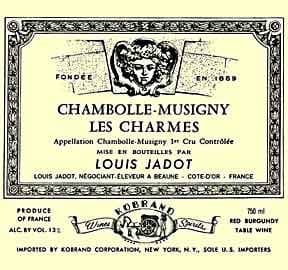 Their raison d 'etre is to make excess production or not ready for prime time go away.  Just like the wine business, there are reputable resin resellers and unscrupulous brokers.  The same rule of thumb applies to resin as it does with wine.  If you're not proud of it, you don't put your brand on it.

Misrepresentation of key properties is common practice with what is known as "the brokers".  Did you know ?  There are no prerequisites for being an off grade resin broker.

A "major" is short for a major petrochemical company which manufactures plastic resin.  A "broker" is an entity which takes title to the resin which the major deems to be not "prime" resin. The majors sell prime through their direct sales force and prime distributors.

A data sheet lists certain key properties which define the characteristics of a resin. The first - melt index or melt flow - describes viscosity.  This tells the processor the most about how the material will behave and how it will affect the outcome of the part or material.  There are other criteria but going into depth would be too far in the weeds.

Each of these criteria has a target and acceptable range for what is considered to be "prime".  These are not rigid and fixed.  Rather, they are at the discretion of the product manager at the resin producer.  The parameters change depending on the available supply.  When resin is plentiful, the parameters tighten up.  When resin is "tight", they widen.  It's all a function of what the product managers believe they can get away with.

When a product manager gets a report of fresh lots, she decides which ones are prime and which are considered "off grade" or "near prime".  The prime material gets "certs" and is sold through their direct sales force.  What falls outside the parameters is called "off grade" or euphemistically "near prime", "pencil prime" or "excess prime". Other lots are called "transitional" which means resin made transitioning from one grade to another.

Off grade, or OG for short, is sold through "brokers ".  By selling to a third party, the origin is obfuscated. Brokers are supposed to be discreet and sell off grade to customers who are not direct customers of the same majors and preferably into a different application than originally intended ( It gets interesting when brokered resin finds it's way to prime customers ).   A business model which relies on somebody's mistakes at first sounds like a scary business model.  When resin is "tight" or when the majors are trying to raise prices, the brokers don't have much to sell.  The truth is there will always be material available which is rejected by processors. ( We reject several prime railcars annually produced by ISO 9000 certified major resin companies. )

The majors each have a designated person who offloads the off grade.  As you might expect, there is high turnover in these positions because a lot of money can be made unethically in a very very short time.  When the broker talks to the contact at the majors, the broker must make the seller's job easier by taking as much material per meeting as possible.  This means the broker has to take the winners and losers both.

The perspective on customers and brokers is topsy turvy.  Suppliers are valued inversely to customers.   In other words, the mentality is you can always get another customer but establishing a relationship with another major is tough.   Here's an illustration from real life: back in the 1980's I worked for a resin reseller in Los Angeles.  My first large order was for 4 railcars of ostensibly near miss garden variety general purpose polyethylene film grade.  I sold them to 4 different processors.  About 2 weeks later, my phone started ringing at 5 AM Pacific with calls from angry plant managers back east who rejected the cars.  My boss shrugged and said "sell them somewhere else; a broker rejects material maybe twice in his entire career.  We can always get another customer. "  That was just the beginning.  When it got to the point that entire days were spent trying to sell the same material, I left.

The most ethical and truthful brokers graduate to become what is known as "prime" distributors.  They distribute prime to smaller processors not called on by the major's direct sales force.

It's easy to spot a newbie resin buyer.  They are too smart by half.  They make the rookie mistake of shoving an invoice from a distributor in the face of the direct sales rep.  " I can buy the exact same thing from your off grade broker for 4 cents a pound less !! " ( invoices are always generic to prevent buyers from shopping )  Maybe so for one car.  After that, their reputation precedes them and they get no more deals.  Experienced buyers know the importance of emptying / returning a car quickly so the direct sales rep does not see the car which came from his own plant.

Sales reps from major resin companies are kept in the dark about what's really going on.

In fairness, many brokers misrepresent material while others are ethical and disclose fully the good, bad and ugly about specific lots.  Processors operating on razor thin margins are tempted to save money with resin that's "not exactly" and brokers are tempted to misrepresent to move their inventory ( A penny saved in this business is a lot more than a penny earned.  A ralicar is about 200,000 pounds so every penny = $ 2,000 ).   They hope the processor won't know the difference.  Problem: the processor lives with the material and does know when the raw material is not as advertised.  Here is an example:http://www.plasticsnews.com/article/20150924/NEWS/150929945/suit-alleges-processor-was-sold-the-wrong-resin .   The processor initially believes he has saved, but has net lost money in unforeseen scrap and rejects.
The ramifications go beyond the relationship between the processor and the resin producer.  The finished properties of the plastic film or plastic part within a lot or lot-to-lot are affected with variability of raw material.
So how can you use this information ?  For starters, this explains in part why poly film is often inconsistent.  If the extruder doesn't start with the same raw materials, what do you think is going to happen ?   When doing the due diligence on a supplier, ask them preferably in person if the resin they use is "prime".  Don't be shy.  Ask to see FDA letters and invoices ( for the resin they use to make your product along with "track and trace" records ) with the price of the resin blocked out. If the letterhead is not from a major or authorized prime distributor, it's circumspect.  There is an exception.  Some brokers distribute "generic prime" which has been tested and sometimes blended to fall within specific ranges.
Many large brokers have what they call " generic prime " which is analogous to private label brands.  This is usually fair quality and does suffice for utility applications.
END_OF_DOCUMENT_TOKEN_TO_BE_REPLACED
0 Comments Click here to read/write comments

The price for polyethylene depends mainly on the factors of feedstock, or monomer, pricing and exchange rate.

Exchange rate has a direct bearing on domestic prices because it affects export resin sales.  If the dollar is weak, dollar denominated resin becomes more attractive for export sales.  US processors simply have to pay the same price as export.

Feedstocks for so called "petroleum plastic" or "petroleum based plastics" are either oil or natural gas.  In North America, we derive resin from natural gas with the exception of polypropylene ( PP ).  Polypropylene is a by-product of the refining process; approximately 80% of North American PP is derived from oil. In the middle east and other places, they make resin out of naptha - the creme de la creme of a barrel of oil.  Naptha cannot be refined into gasoline or motor oil.

The US becomes the really low cost producer when natural gas is low and barrel oil price is high.  This is referred to as "feedstock imbalance."

Ever since Rita and Katrina combined to push natural gas prices to $15 / MCF, resin producers, processors and their customers have struggled to find a mutually agreeable benchmarking index.  While CDI ( http://www.chemicaldata.com/ ) is referred to most often, CDI has been challenged by resin producers often.

Here are a few complicating factors:

Lead time  Commodity resin manufacturers do not carry much inventory.  To have resin in inventory, processors must forecast 6 months in advance plus allow 5 weeks in some cases for a car of resin due to the X factor of the railroads.  When customers hear the price of resin has dropped, they want an immediate discount despite the higher historical price of inventory on hand.

Specialty performance grades do not move in lockstep with commodity prices.  Buyers are myopic about pricing and value of performance plastics if they only look at the latest CDI report.

Cost of goods sold - Steadily increasing higher resin costs put the squeeze on COGS & operating capital requirements.  Processors limited to only the increase of raw material costs find their cost of goods sold expressed as a percentage of sales ratcheting up at a frightening rate.  This is further exacerbated by inability to pass along other rising costs of doing business such as freight, power and health care.  It gets worse.  The same scrap rate with resin at triple the cost of 15 years ago erodes margins even further.

So what's the solution ?
One sure fire way to eliminate arguments over the price for polyethylene is to "toll" the resin.  This is a common practice.  The customer purchases the resin; the processor charges a lower rate since his capital is not employed.   Resin cars weigh 200,000 pounds so the math works out perfectly.  One car equals five truckloads of finished product.

Rather than focusing on the MSI, weight per part or price per pound, utilizing resins which are stronger gauge for gauge than commodity plastics results in a higher price per pound and lower price per part.  Specific to heat shrink films, reducing the amount of TD shrink to a consistent amount builds up to huge numbers.  Each percent of TD width is an equivalent % of savings.  Invoicing by net weight rather than gross weight saves money too.

Here is a link to every conversion factor you'll ever need for polyethylene films.  Try a few examples to see how fast a small reduction adds up: