Humans like to communicate in acronyms, abbreviations and inside lingo.   After I set up an appointment for a medical test, I got a call back.  They said I didn't have an oth.  " What's an oth ?"  " An authorization, sir "   Brings to mind the scene in " The Heat"

The flexible packaging business is no exception.  The written descriptions of multilayer packaging structures can be confusing.  Here are some plain explanations of commonly encountered cryptic abbreviations followed by some examples:

When you encounter " LAM" in between slashes, it means same thing as adhesive.  short for "lamination "

There are a zillion possible combinations.  If you run into one you can't translate, call us.

The Truth About Coextruded Film Packaging

A properly designed machine has no unnecessary parts.  Anybody who makes coextruded multilayer plastic films will tell you a simple monolayer plastic film is sooo 1970 !  Getting coex specified is a barrier to entry to monolayer film producers.   Complex is sexy.  Simple is boring.  Problem: There is an interdependency between the layers.  If something goes awry with one layer, it affects the entire structure.

In general, it's a good idea to ask somebody what they do for a living before you ask them for advice.  The following is the big question you need to ask proponents of coextruded blown film along with the correct non-circumspect answers :

Q.   Why does the structure absolutely have to be coex ?

While you're at it, ask what each component brings to the party.  You're on a need-to-know.

In other words, is it functional or is it marketing misdirection ?

A common example of 2 layer coex can be found in a cereal or crouton box.  The verbal shorthand is "chip film" or cereal liner.  This 2 layer structure is the low, mature end of coex. 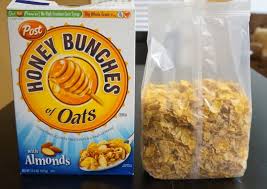 The outer layer is HDPE for barrier.  The LDPE is for sealability.  See our blog post on PE

Election signs and overnight envelopes must be 100% opaque and require a "core" layer of black.  Coex layers are described by letters, each designating a resin type.  An " A/B/C/B/A " structure is a symmetrical structure.  Going back to the example of meat film, the A layer is LDPE, B is the "tie" layer and "C" is the nylon or EVOH "core" layer.  C does not stand for core.

A more complex example is the category of meat films.  They commonly have a core layer of EVOH.  Since the viscosity of the core layer is so much different than the outer layer usually of PE, a "tie" layer which takes up the slack in rheology ( viscosity ) between the layers is necessary.  So just like that, you're up to 5 layers. Think of LDPE as the bread, tie layer = mayo and EVOH = meat.  The Achilles heal of EVOH is the tie layers.  If they are off, it's a nightmare scenario.  EVOH is very hydroscopic.  If the EVOH layer is not isolated from the ambient, it will degrade.  An alternative to achieve barrier is a lamination of saran-coated ( PVDC ) PET; often both betterprice and lead time with no vulnerability to layer variation.  In this scenario, what we bring to the party is the sealant layer.

Here are a few examples of films which absolutely do not need to be coex:

Blue / white surgical drape films.  Over 50 years ago, somebody made the case for a 2 layer laminate as a pinhole-free film.  The theory being the chances of 2 pinholes lining up is infinitesimal.  True for a lamination, but not for coex.  Coex film can create voids as it exits the die just like monolayer film.  When coex came along, the film was made in 2 colors to emulate the lamination.  Albeit slowly, drapes such as mayo stand covers and nurse's back table drapes transitioned to single layer.

Frozen food IQF packaging.  Barrier films promoted for frozen food have a feelgood security blanket factor, but are unnecessary.  We have made monolayer film for IQF frozen film for decades (both form/fill/seal and thermoformed bone guard ).  By the way, barrier won't prevent freezer burn.

Minimizing scrap is even more important in the coex realm.  Instead of taking minutes to change over with a single layer film, it can take literally all day to set up a coex structure.  After a coex order is set up, staying in that structure as long as possible is critical.  It is very expensive to break in to accomodate a customer who calls with a hot fill-in requirement.  All the time an order is being set up, the extruder is running scrap.  It takes as long as it takes for transition materials to clear out and for the new structure to do what operators call "settle down."  There are no short cuts.  The higher setup costs must be amortized with high minimums.  Some coextruders such as CharterNex won't talk to you about running a trial even if you offer to pay for the scrap and machine time.  It's 10,000 pounds minimum. 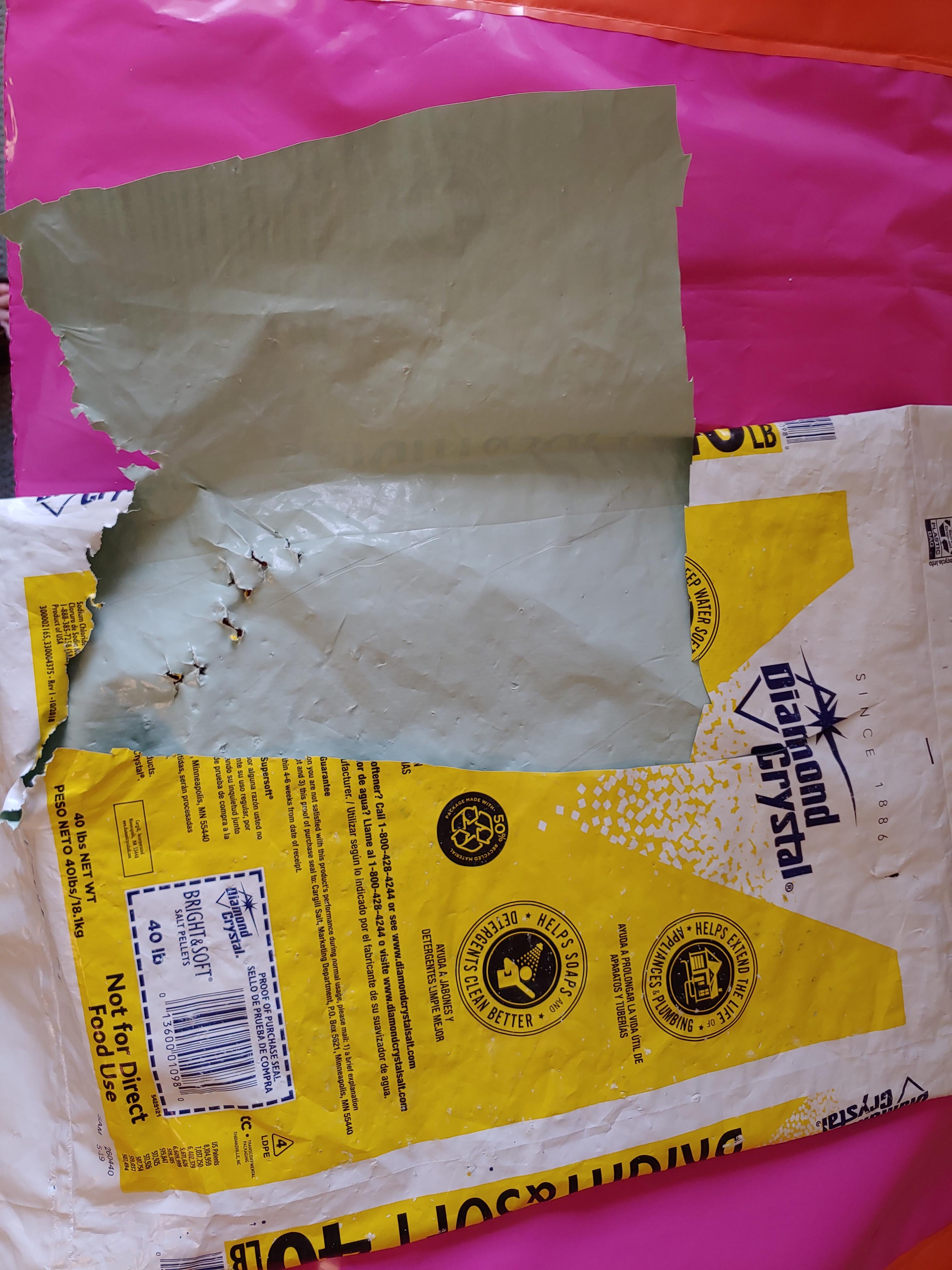 The bag on the right is coex but was monolayer for decades.  It does not need
to be 2 or 3 layer coex.  So why is it rational to adopt a more complex structure ?

Simple.  Reclaim scrap at finished goods price.  The inner layer is scrap which has been repelletized and made back into film.  Better to sell it for around $ 1.50 per pound than to the scrap dealer for maybe 5 cents a pound.