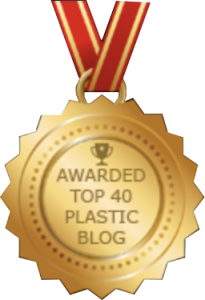 When George W. Bush asked the premier of China what kept the premier up at night, the response was “finding jobs for 25 million people a year.”  Products in the mature life-cycle stage are imported everyday to the US at artificially low prices.  Why does the U S government let this happen ?  Why is there no anti-dumping outrage ?

In retrospect, Smoot-Hawley was a causative factor of the depression.  Today’s supply chain is interdependent and complex, so tariffs aren’t the solution for complicated products.

Simpler items are imported in large volume to the US at bargain-basement prices.  We’re seeing a common thread.  The cost of the finished product mostly from China, is at the price of raw material here in the US, even in a capital-intensive industry such as plastics. Before getting into specific examples, let’s look at why.

( Personally, my cynical opinion is the U S government likes cheap goods to show lower inflation rates and lower COLA  )

My guess is it’s a combination of factors.  The two biggest advantages for manufacturers in certain countries are currency manipulation and raw material subsidies.  American manufacturers have the disadvantages of higher wages and the not so hidden costs of regulations and taxes.  Ocean freight is cheap.  Inland freight is equal.

Taxes are a factor of production.  Much has been written about the additional burden of regulation and how it puts U S manufacturers at a disadvantage.

“ One of the single biggest areas we should see some immediate relief
is from some of the regulations that have stifled our industry
and curtailed some of the growth. “

Here is a summary:

We have swerved into a few cases in our microcosm which just might be indicative of what’s going on on a macro-scale.  Here are a few anecdotes:

One of our customers does not understand why the cost of drawstring ice bags made in China is literally 1/4 the cost of US made.  The resale price of the finished bag is practically the cost of U S – manufactured. That’s the resin pellets before being extruded into unprinted rollstock.   With UPS charges, the convenience store pays $0.04 each. American-made bags would cost about $ 0.09.  Let’s face it – who wants to pay 6 cents more for a bag of ice ?  The convenience store operator would rather give up two pints of blood.

We make heavy metal free red and yellow rollstock, sell it to customers who print, slit and box, often untouched by human hands.  Our customers cannot compete with Chinese goods which contain 1% lead ( contact us if you want to see the test results )  printed slit and boxed at the same price as rollstock.  The imports are not constrained by HMF heavy metal free resins or water-based inks.  American consumers don’t care about continual dermal exposure to lead, so everybody’s happy.

We have recieved several inquiries from manufacturers of shower curtains in China.  They see the handwriting on the wall.  Chinese labor and electricity are going to approach the costs here at some point.  They are also looking into complying with WalMart’s P R ploy – U S made ( the reality is WalMart will only pay 5 to 7% more for American made because that’s the maximum upcharge consumers will pay ).  They are incredulous about costs of production here vis-a-vis China.  They go into sticker shock about the price of resin and don’t believe us when we go so far as to tell them what EVA resin costs. Everything – resin, ink, labor, electicity, payroll taxes, OSHA, etc. is more here.  Until the factors of production lines cross, they will continue operations in China.

There’s no telling how many millions of pounds of plastic these 3 examples add up to, let alone how many U S jobs ( ” American carnage” according to Donald Trump ) are at stake.

So there you have it.  Reality is the consumer is conditioned to paying lower prices.

The good news is there is a whole lot of “re-shoring” going on.  It started long before Donald Trump threatened to slap an import tax on companies who move operations outside the U S.  The low prices from China come at a price.  I have talked to many people who are animated when they say they are “through with China ! ”  They have paid for the low prices with their sanity.  If they find one of a few suppliers who are not out to rip off the the importer ( with no concern for repeat customers ), the execution is slap-dash and the parts are sloppy.  It’s like the X-files.  Nothing is as it seems.

Injection molders are pulling molds wholesale and telling customers to take or leave the domestic price.  To be fair, logistics from the producer to the port have improved.  Not so long ago, you didn’t know where your container was until it got scanned in to the ship.

When it gets to the point that Fox Conn gets serious about migrating operations to the US, somebody is getting frustrated.

There’s plenty of good news to go around these days especially in automotive, about domestic investment in manufacturing.   Who could have imagined that Mike Lindell would invent a pillow and employ 1,500 people in Chaska, MN ?  Then there’s other news about labor-intensive industries mostly garments, moving operations to Africa for lowest cost ” cut & sew”.

Africa has been called the last frontier for cheap labor.

Can you blame the management of globocorps ?  It’s nothing new and it’s basic econ.  Factors of production flow to the most favorable environment.  Management has a fiduciary to maximize shareholder return.  Barry Bluestone wrote about it back in 1982 in the book ” The De-Industrialization of America”.  It’s not enough to be profitable.  The profit center which is the least cost producer is going to stay open and get the CAPEX.  The higher cost plants get shuttered.   The Economist says the multinationals may be over the hill.

Since the 2008 downturn, US manufacturers have automated extensively, but there are limits. Consumers are not williing to pay $ 4,500 for a US -made iphone yet.

Trump’s persuading Carrier to stay in Indianapolis is a great story, but could whipsaw into the government dictating labor costs.  The most labor-intensive industries would be most affected.  Only time will tell how unwinding trade agreemens will play out.

In any case, American businessmen just want a level playing field.  Good luck with that.