The ship date for custom PE film involves much more than a first-come-first-serve queue.  An extruder who runs their backlog in this fashion or has a salesman running the backlog is not long for this world. 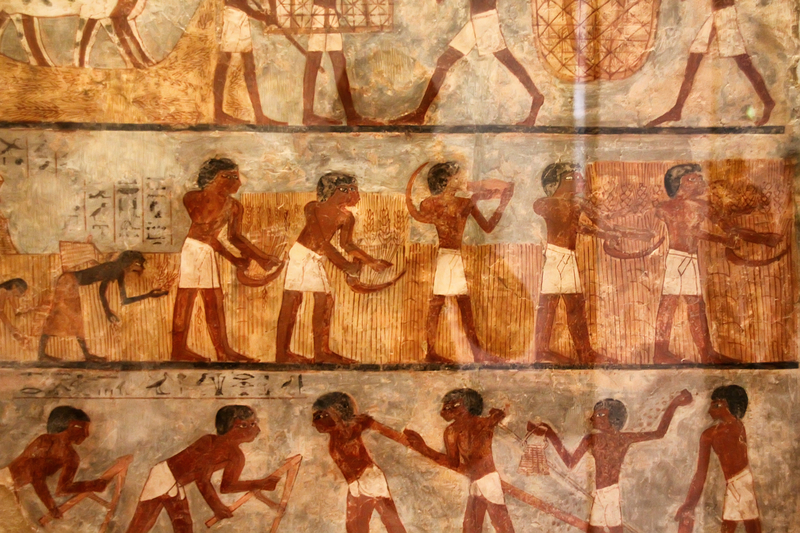 This is nothing new.  Egyptologists have determined that customers and suppliers have been at loggerheads for thousands of years.

The primary consideration in setting up a backlog is minimizing scrap.  The scheduler's agenda is to consolidate a sequence of films made out of the same PE resin as long as possible to avoid transition scrap.  With resin cost at about 75 cents per pound, every pound of scrap is really about $ 1.00 lost factoring in labor, electricity and overhead.

This is crucial to survival in coextrusion.  Complex 7 and 9 layer films can literally take all day to set up.

A medium scale extrusion line puts out about 500 pounds an hour.  What would you do ?

It's also best practices to have a few dummy orders in the backlog to both act as a cushion for breakdowns and allow for opportunities.  If an order comes in with a ship date 3 to 4 weeks out for a resin running today, it makes common sense to move it up in the queue to avoid setup scrap instead of running it as a stand-alone 3 weeks later.

Distant secondary considerations are width and thickness changes ( there's the central theme of avoiding scrap again ) followed by pigmentation.  Cleaning out after colors is time consuming and messy.  The line must be shut down, purged, what is called the screen pack / breaker plate must be changed.  The ordeal is followed by an expensive, frustrating waiting game while the remnants of the color clear out.

Back in the day, we had a shrewd customer who went out of his way to pay his bills every Saturday.  A check for all invoices in the week would show up like clockwork on Monday morning.  Why ?  To tempt the film extruder to deviate from fundamental priorities.

Of course, there are a few justifiable exceptions.  Re-work of returned or defective product or doing an occasional favor for a good customer who is out of film and shut down.

So now you know why:

Are you wondering where is our proof that first-in-first-out doesn't work ?  That's easy.  The outfit we sold out to in 1984 ran orders in the sequence received.  It took them 3 years to declare bankruptcy.