Homopolymers, Copolymers and Terpolymers - easy as 1, 2, 3

The terms homopolymer, copolymer and terpolymer may sound like Latin or Greek.  They mean respectively 1,2, or 3 polymers.  This is sort of a misnomer as they are more like MONOmer building blocks conjoined through a reaction.

Let's start with "polymer".  " Poly " comes from the Greek word for many.  As it pertains to plastic, it means many of the building blocks of monomers such as ethylene, propylene, styrene, etc. strung together in long chains to add up to polymers.

For more in-depth, visit our post on "where does plastic come from ? "

You guessed it - if there is another conjoined monomer ( not a mechanical blend ), you got a COpolymer.  Examples:  "ethylene vinyl acetate" or EVA for short - vinyl acetate monomer married to ethylene monomer, "styrene butadiene styrene" or SBS - styrene and butadiene building blocks,

A very cool copolyester is Eastman's Tritan.  Why it has not replaced glass on a major scale I do not understand.  I have some 5 year old tumblers which look like new.

And a TERpolymer is three monomers.  An oldie-but-goodie example is old fashioned phones which were made from "acrylonitrile butadiene styrene" or ABS.  Jump cut to present day - ABS is the default choice for 3 D printing.
A ubiquitous example of ABS is fake fingernails. 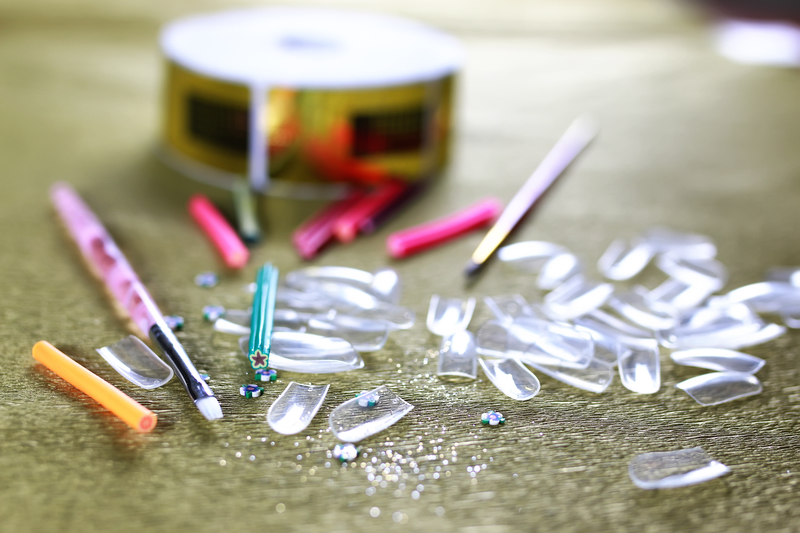 photo courtesy of The Cathedral of Junk in Austin, TX